15 New Zealand Slang Words and Kiwi Expressions to Know Before You Go.

Learn all the New Zealand slang words and Kiwi expressions before you travel to New Zealand.

New Zealanders have developed their blend of New Zealand English.

If you’re travelling to New Zealand and want to brush up on your knowledge of New Zealand slang words and Kiwi expressions before you go, this post is a great place to start.

New Zealand has always been a multi-cultural and diverse nation and this melting pot of cultures has led to them developing their unique kiwi blend of New Zealand-English language. Similar to British and Australian slang, New Zealand slang words and Kiwi expressions continue to have an identity of their own.

Even though New Zealand is a vast distance from Europe and there are considerable differences between the United Kingdom and the small South Pacific island nation, long ago New Zealand’s citizens were expected to develop a flavour of English not dissimilar to that of its northern hemisphere ‘motherland’.

A fun fact, some previous slang nicknames for New Zealand have included the following:

Aotearoa is widely used and is the Māori-language name for New Zealand, which translates to ‘the long white cloud’.

New Zealand-English reflects every angle of that well-known, laid-back Kiwi lifestyle and it works in a range of cultural contexts.

Having lived in New Zealand for so long, I think there is a lot of national character in New Zealand slang and Kiwi expressions and I love hearing them and discovering new ones.

So, to make sure you know what those loveable Kiwis are talking about, let’s break down the most popular New Zealand slang words and Kiwi expressions.

During your time in New Zealand, you will hear some of these Kiwi expressions during casual or informal conversations and situations.

‘Choice’ is used as a replacement word for ‘awesome’, ‘fantastic’ or ‘great’. Usually used for expressing strong approval of something.

‘Bro’ or ‘Cuz’ — It’s like the equivalent Australian term of “mate” and can be attached to any NZ phrase or expression.

You’ll notice that most Kiwis — especially young males — call every male they come into contact with, “Bro” or “Cuz” regardless if they’re related or not.

Just in case you hear it a lot and start thinking everyone is related, it’s not that kind of island.

You’ll hear this Kiwi expression a lot in casual conversation. This response technically means No, but also means Yes.

During a conversation with a Kiwi, it can be a precursor that they’re about to disagree with you, but mostly it’s a non-commital phrase that can be taken either way.

You get used to figuring it out, I promise!

“Are you going to that house party tonight?”

“I loved that movie, what did you think of it?”

This widely used idiom is used in both New Zealand and Australian slang culture and loosely means “everything will be ok”. Referring to an object or situation, in which whatever is wrong will work itself out — don’t worry.

Often followed by the term mate or bro. And sometimes used with the Aussie expression “no worries”.

It’s a way of expressing optimistic reassurance or sympathy but in a casual, indifferent way that Kiwis love to convey.

Looks like you’ve dinged your car.
Ah, she’ll be right.

Kia Ora is the official Māori-language greeting phrase, which has entered New Zealand English. It directly translates to ‘have life’ or ‘be healthy’.

You may hear “Kia Ora” commonly used as an informal greeting in conversation or on T.V, especially on the news or current affairs shows or as a greeting or a sign-off in emails.

It can be used as a welcome, farewell or expression of thanks including:

I’m happy to say that New Zealand has integrated the traditional Māori language into its daily life and I only hope they keep embracing and improving on this.

“Good evening and Kia Ora everyone.”

“Chur” is a classic Kiwi slang expression that roughly means “Thanks” or “Cheers”. It can also be used as “Thank you”, “I agree” or “That’s awesome”.

This colloquial term is an edited version of “Cheers” and can be used in a wide range of contexts, where someone wants to convey a mostly positive emotive response to a situation.

Use “Chur” in conversation to show gratitude or appreciation of some kind and you can’t go wrong.

Eh or Aye. Pronounced “ay”. It means similar to “don’t you agree?” Used at the end of most sentences that ask for an opinion, but not a detailed response.

In some situations, the “aye” expression isn’t presented as an official question, more like an “I take it you’re following my story”, “you agree, don’t you” or “you see what I mean?”.

So it doesn’t require a response any more than a verbal nod or acknowledgement in casual conversation.

“Weather looks set to be rainy again this week, aye.”

“So, you remember I applied for that new job, aye.”

You’ll probably hear it a hundred times a day.

I find they do a similar thing in Australia too and after all these years in the Southern Hemisphere, I find myself doing it at the end of my sentences too, aye.

Sweet as! Sweet as… what?

Sorry, that’s all you’re getting. This unfinished simile roughly translates to “cool”, “awesome” or “no problem”. To convey the approval of something but not comparable to anything.

“I just bought this new car”

“I’ll give you a text tomorrow”

That view is sweet as, bro.

These New Zealand slang words are commonly used in many contexts, reflect the laid-back nature of most Kiwis and help keep conversations casual.

Referring to the fact that New Zealand is made up of the North Island and South Island, this NZ slang is hilarious, local sarcasm referring to the country ‘across the ditch’ — Australia.

This tongue-in-cheek term is a nod to the fact that nearly as many as 700,000 Kiwis are living in Australia, as opposed to only around 70,000 Aussies living in New Zealand.

A term to mean something is broken or damaged.

The Christchurch earthquakes of 2010 and 2011 have focused national attention on words that relate to certain events.

New Zealanders connected the terms ‘munted’ to mean broken and ‘muntage’ to mean destruction — within the devastation of the Canterbury quakes.

“After the quake, their house was completely munted”.

Tramping is the recreational activity of long-distance walking in the New Zealand countryside or the bush. Known elsewhere in the world as hiking, rambling, backpacking, exploring, wandering or just — walking.

“I’m going tramping this weekend in the Waitakere Ranges”.

A “Bach” (pronounced ‘batch’) is what the Kiwis call their holiday homes. Can be used to describe any small,  modest or slightly shabby-chic beach house or holiday home near the beach.

Quite often used by Kiwis for their weekend trips or rented out to tourists on Book-A-Bach.

“What did you do this weekend?”

“Spent a couple of days in the bach up at the Coromandel”.

A ‘dairy’ in New Zealand is not in fact, anything to do with dairies — although they do sell milk and butter.

A ‘dairy’ is the New Zealand slang word for a corner store that sells milk, newspapers, lollies (sweets or candy), hot chips, pies, ice creams, and other local store goodies.

” Just going down to the dairy to get a pie and an iced coffee”.

“Grab your togs, we might go for a swim today”.

‘Jandals’ is the New Zealand slang word for sandals. Can be used to describe any kind of casual or light footwear.

A quintessential household name, jandals are the national footwear choice of most New Zealanders — they’ll even be spotted wearing them in the middle of winter. Although, most Kiwis would rather go barefoot, given the choice.

The origin of the word ‘Jandal’ is a mash-up of the words ‘Japanese’ and ‘sandal’. This came from a businessman who was inspired by the footwear he saw in Japan, and started manufacturing the simple rubber footwear from his garage.

From wherever you are in the world, you may know them as flip-flops, sandals, thongs, slides, slops, plakkies, zori or slippers.

“Let me just chuck my jandals on and we’ll get going”.

This example of NZ slang came about from a well-known YouTube video which lovingly mocks the Kiwi accent. This Kiwi expression gets referred to a lot as jokes, memes or just during general banter.

If you’re already in New Zealand (or about to go) and haven’t yet watched the famous ‘Beached As, Bro’ video, where have you been? Watch it right now.

There’s even an entire hilarious series on YouTube now around this genius video.

That about wraps it up for this post on Kiwi expressions and New Zealand slang words, to know before you go.

Love this? Pin it and save it to read later!

Hi! I'm Layla and I'm a Nomadic, Freethinking Travel Addict. I travel all over the world and write about what it's really like to travel long-term. I'm also a Writer, a Global Pet-Sitter & Dog Lover, Beach Dweller & Palm Tree Enthusiast. I'm a Slomad, so my travel style is slow and immersive travel. You'll find me living the unconventional life and candidly blogging about Long-Term Travel, Budget Travel, House Sitting, and Mental Health Wellness. Follow me as I explore and discover our planet, through long-term, slow, immersive travel. And I'll show you the real side of travel and what it's like to travel forever.

The Best Free Things to do in Auckland,...

16 Amazing Benefits of Travel – How Travel...

Ultimate Guide to Applying for a New Zealand...

Seeing a Doctor in New Zealand: Registering at...

This site uses Akismet to reduce spam. Learn how your comment data is processed. 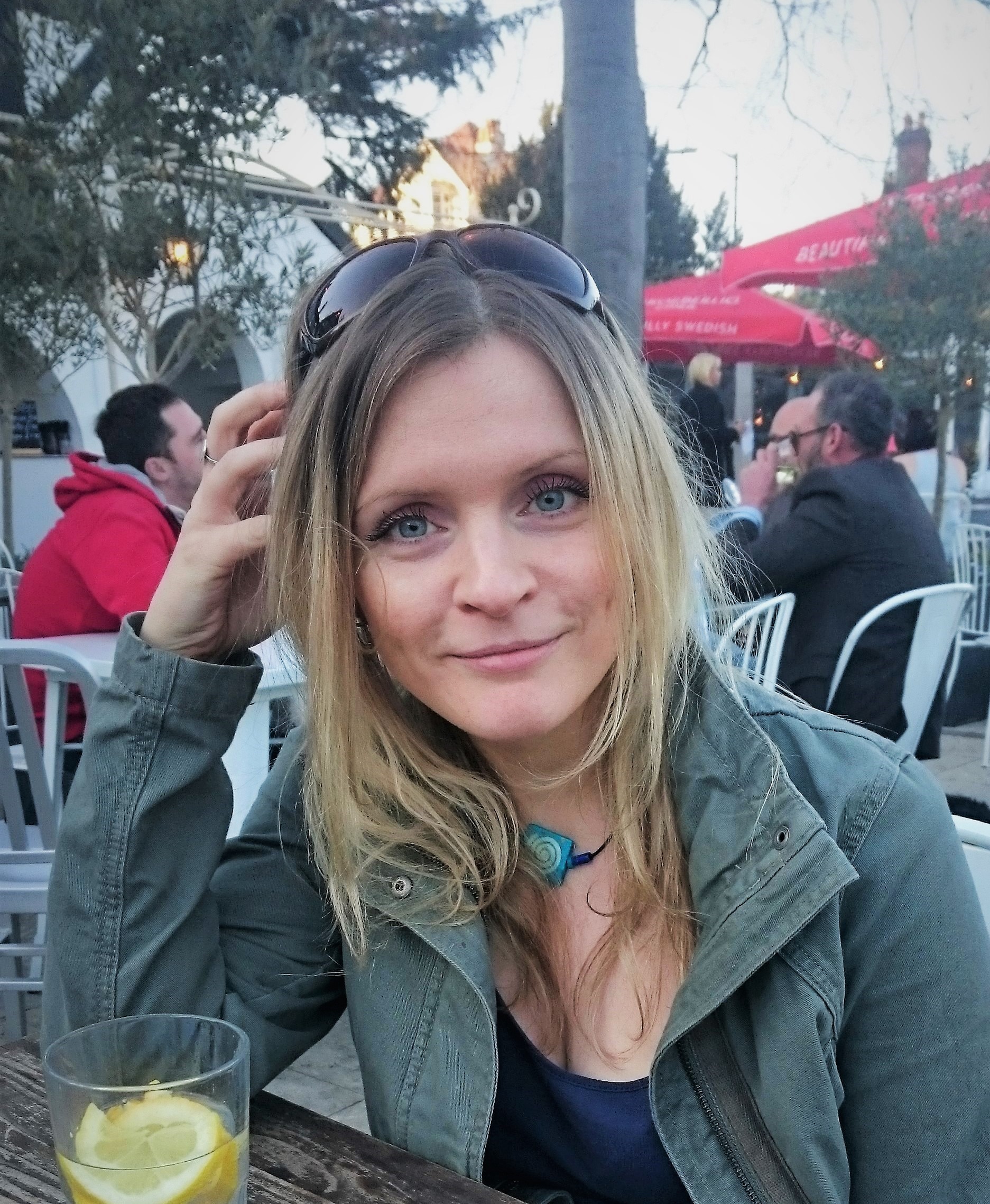 I'm a Nomadic, Sassy and Freethinking Travel Addict. I been travelling and living all over the world for 10 years. I live an unconventional life and candidly blog about Long-Term Travel, Freelancing & Working Online, Budget Travel, Eco-Travel, House Sitting and Mental Health & Wellness. Follow me as I explore and discover our planet, through long-term, slow, immersive travel and see what it's like to travel forever.

Enjoy this unique twist on a Christmas Tree 🎄 A

🌏 Travel Throwback! 🌏🗺 One man and his d

Even though Western Australia the awesome sunsets,

Why are these photos so hard to master? Need more

Whichever way you peek through, it's always a stun

Beach walk, not too shabby 😁👌🏼🌴 Follo

YES, that is actually my view ☀️🌴😍 This

From growing up in the UK, this is the only Queen

Beachy 🌴☀️ North Burleigh Beach sure is a s

This website uses cookies to improve your experience. We'll assume you're ok with this, but you can opt-out if you want to. Accept